I had the scariest thing happen to me recently. I’ve got to tell someone, because I am still very unsettled by it (I’m drafting this post the following morning).

At 8:45 PM last night (July 30th, 2019 – Tuesday), I was laying in the bed chillin’, just messing around on my phone watching youtube, when suddenly I heard an EXPLOSION, and it knocked me backward.

I’m not making this up.

I am dead serious.

I wasn’t the only one that heard it either – Picasso (my cat) was heard scrambling in the laundry room across from me, tearing out on the floor, to run and hide behind the washing machine. I wasn’t crazy. He heard it too. The sound caused the whole house to shake. I saw lampshades on our dresser shake when it happened.

It sounded like a shotgun went off INSIDE my head it was so loud. I’ve never heard anything louder than that in my entire life. It was an AMAZINGLY loud bang, with a rumbling sound at the end. It lasted about 2 seconds and the sound forced me back in the bed. I jumped up and my ears started ringing (very high pitch frequency) and my head started pounding – to the point where I could hardly see straight. My heart was racing out of control and started skipping beats. I went into the laundry room across the hall, wondering, “did the shelves collapse?!” – but they were all intact. I then ran outside, thinking Korea had nuked us or something … and saw instead that the wind had picked up and there was some heat lightning in the distance. The ringing in my ears intensified and I started to panic. DID THE HOUSE GET STRUCK BY LIGHTNING?!?!

I started running around the house like a moron, looking for an intruder. (Like, what I was going to DO once I confronted the intruder?? LOL I didn’t have my .22 loaded or anything… I wasn’t thinking clearly.) When I didn’t find anyone, I started to panic even more.

THE HOUSE GOT STRUCK BY LIGHTNING WHILE I WAS INSIDE IT.

I could come up with no other logical explanation.

What was crazy about this was that the power didn’t go off, flicker, or anything at all. I saw no smoke or anything come from the roof when I was outside, & I saw no damage to the ground nearby. It didn’t make sense to me how lightning could’ve done this with seemingly no damage, but I just didn’t know what else to think. How could it have been ANYTHING other than that?

My husband wasn’t home at the time. He was next door at my mother-in-law’s. I text her and told her I think lightning had struck the house and that I needed Brian to come home. He drove up a couple of minutes later. I told him what happened and he started laughing at me like…

“I’m not crazy Brian! My ears are ringing! The cat ran and hid! I heard something so loud, it forced me backward!!! It was an explosion!!! IT HAPPENED!!!”

“Stephanie. I was next door. We didn’t hear anything. The house didn’t get struck by lightning. I just went and checked the breakers. None of them are tripped.”

My blood was about to explode out of my neck all over the floor I was so mad. I pondered killing my husband right then and there. I know what I experienced, & the only theories I could come up with were ALIENS OR LIGHTNING – and I don’t even believe in aliens!!! I got scared that what I experienced might have been a stroke, or an aneurysm.

I turned to the internet for advice. Lol

I started looking up “signs of a lightning strike to home”, and nothing I experienced, other than the sound, matched anyone else’s descriptions. I saw no flash. No breakers were tripped. No fire. No outside damage. I didn’t know what to think. The signs were there for me that something MAJOR happened: My ears were ringing a very high pitched tone. My head was pounding. The sound was nearly deafning. The cat heard it too. The sound knocked me back. The lampshades shook – the whole house vibrated.

Through my internet searches, I discovered something shocking, & i am blatantly self-diagnosing myself, because I have NO OTHER explanation for what happened other than this.

What I experienced was a frightening phenomenon known as “Exploding Head Syndrome.”

Exploding Head Syndrome is, according to wikipedia – “a condition in which a person experiences unreal noises that are loud and of short duration when falling asleep or waking up. The noise may be very frightening, usually explosions or ‘flashes’, and typically occurs only occasionally – but isn’t a serious health concern.” And it happens usyally during the onset of sleep, or while you’re in the process of waking. It’s a type of parasomnia – A hallucination associated with the process of shutting down for, or booting up from, sleep.

If you read my “15 things most people wouldn’t know about me” post, you’ll know that I have experienced sleep paralysis before – in the form of whats called a “hypnagogic hallucination” ( “I would feel the corner of the bed press down. Just like someone gently sat down on the edge. It really felt like some kind of weight was there even though there was no one there“). Due to me having a previous history of sleep paralysis, and the fact that I never seem to notice when I’m ‘dozing off’ – it is VERY possible that I was doing just that when this crazy thing occurred. In fact, I don’t remember what I was doing on my phone prior to it startling me.

One thing that can trigger this event is psychological stress. Lately, I have been under A LOT of this. I can’t explain what I’m dealing with, but it is very heavy and I have been worried sick.

I found a video that ACCURATELY shows what happened to me – except the sound in this video sounds like some crap from the Sci-Fi channel (lol), & I saw no flash of light. It is just as frightening though. Turn up the volume for maximum effect lol

Imagine just laying there peacefully and

Now my mother-in-law thinks i’m even more of a nutjob than she originally thought because I sent her that crazy text thinking I almost got struck by lightning. Lol

As far as poor Picasso being scared to death – it is very possible that I may have screamed. Lol -and that’s what caused him to run.

The brain is a very powerful and interesting organ. The fact that my brain actually fabricated an explosion THAT REAL – so real that it caused heart-palpitations, vision problems, made me feel a shockwave, and caused severe panic is – no pun intended – completely mind-blowing. This was something that really terrified the crap out of me, and I hope it never happens again for the rest of my life.

4 thoughts on “The Nuke In My Head” 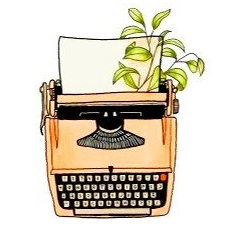 This blog was born..